The ONS (Office of National Statistics) publish information derived from the census and other data as Neighbourhood Statistics.  From this information we can extract data which is relevant for the village. 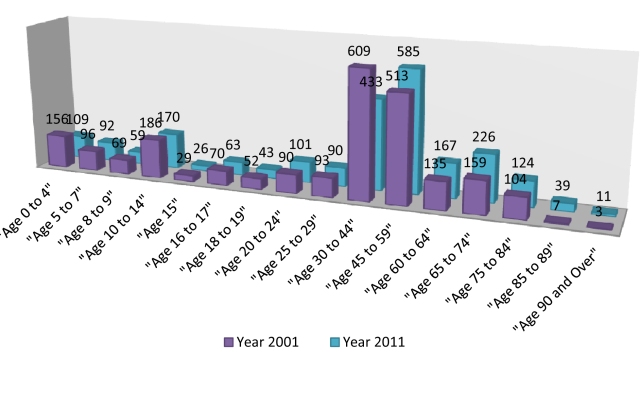 The occupations can be seen on Occupations2011Census.

Land use statistics can be seen on the Land Use of Waltham Chase page.

The area of the parish is 1023 hectares.

Within the Meon Valley Parliamentary Constituency each of the individual ‘Output areas’ (OA’s) below can be seen on a map by selecting the area in the Civil Parish of Shedfield  :

In the developed areas: 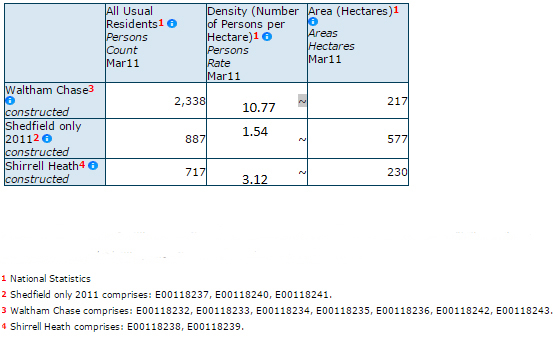 Back to main “Local Information” page